My name is Ertuğrul, and my nickname is Luke! 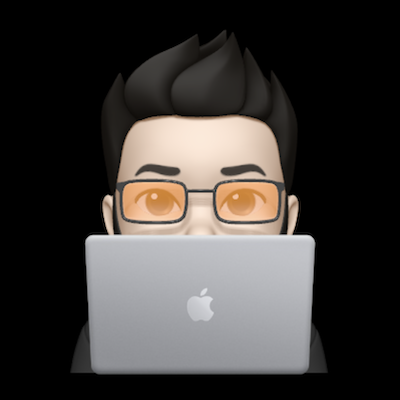 I am a web and iOS developer, working as a full-stack web application developer at a US company.

Some facts about me:

It supports Dark Mode and Widgets coded with SwiftUI.

A currency converter, and foreign exchange calculator for iOS.

Built using Swift and XCode with native frameworks & technologies such as UIKit, Core Data, UITableView, Networking, RESTful API, JSON Encoding and Decoding with Codable protocol. It supports Dark Mode. Widgets for iOS 14 are being added using SwiftUI in the next version.

Flashcards is a cross-platform study tool. It calculates which flashcards you should study, and how often, based on a psychologically-proven spaced repetition algorithm. Create, edit, import, and export your own decks and flashcards, and do not forget anything you learn ever again!

Built with Python. Stores the data in a SQLite3 database. Database is managed with SQL queries. Object-oriented programming principles and techniques applied in a Pythonic way. CSV module is used to code import/export operations. GUI is designed by using tkinter libraries and its grid system. One-directory package made ready by pyinstaller. Maintained source control via Git. Stored remotely on GitHub.

Break a 3, 4, or 5 digit secret-code in this fun logic game, a clone of Bulls and Cows.

Makes calculations and keeps high-score and latest game records on the server-side.

Sayibul is a freeware code-breaking puzzle game for Microsoft Windows, a variant of famous “Bulls and Cows” game.

The objective in the game is to find your opponent’s 4 digit secret number as early as possible with the help of the results of your previous guesses.

It has many surprising features, such as single player and multiplayer gaming (hot seat, LAN, and internet), in-game online chat, four difficulty levels, calculation board, and more. It supports two languages.

I programmed this game with Delphi when I was bored with my law exams, long time ago.

A simple memory game, a Simon clone, programmed with JavaScript and jQuery to become more familiar with them.

A simple random password generator, programmed with dJango to become more familiar with it.

I programmed a few DOS games (a typing-speed game, a platformer, a memory game, and a mastermind clone) with Turbo Pascal 7.0 with great joy when I was a high-school student. It was a challenging pleasure. I will list those games here one day. They are nostalgically valuable for me.

My public, bilingual, note-to-self blog, available since 2006 (to my surprise, attracted more than half a million people so far), mostly about GNU/Linux, software, and technology.

My gists on GitHub.